Bartell Funeral Home, LLC, “A Home of Distinctively Finer Service” has two locations to serve Dillon and surrounding communities:  one location two (2) miles East of Dillon and Highway #9 in the Riverdale Community and another location at 1309 East Calhoun Street in the New Town Community.  The Staff, which includes licensed embalmers, funeral directors, funeral directress, lady attendants, nurses and chaplains, is ready   to assist you in your hour of

sorrow.  With the experience of trained professionals, we will provide a moving final tribute to your loved one.  Our motto is “Sympathy Expresses Itself Through Sincere Service.” 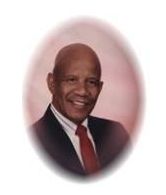 Bartell Funeral Home, LLC was founded in 1988 by Mr. Samuel Bartell.  Mr. Bartell graduated from the Atlanta College of Mortuary Science in 1955.  He rendered services from the Pee Dee to the Coast for more than fifty years and was a consultant to many.  He was also the founder of Bartell Funeral Home of Hemingway, South Carolina in 1974.

Mr. Bartell dedicated more than fifty years to a life of distinctively finer service in the funeral home business.  His commitment and the pride he took in his work have served as an inspiration to many embalmers and funeral directors over the years.

He served on the South Carolina State Board of Funeral Services and was elected and served as president of this prestigious board.

During his professional career, he received many accolades for his devotion to being a compassionate and generous servant to the entire community.  His professionalism was noteworthy and raised the bar for all morticians.

“Sympathy Expresses Itself Through Sincere Service.”      Available to Serve 24 hours